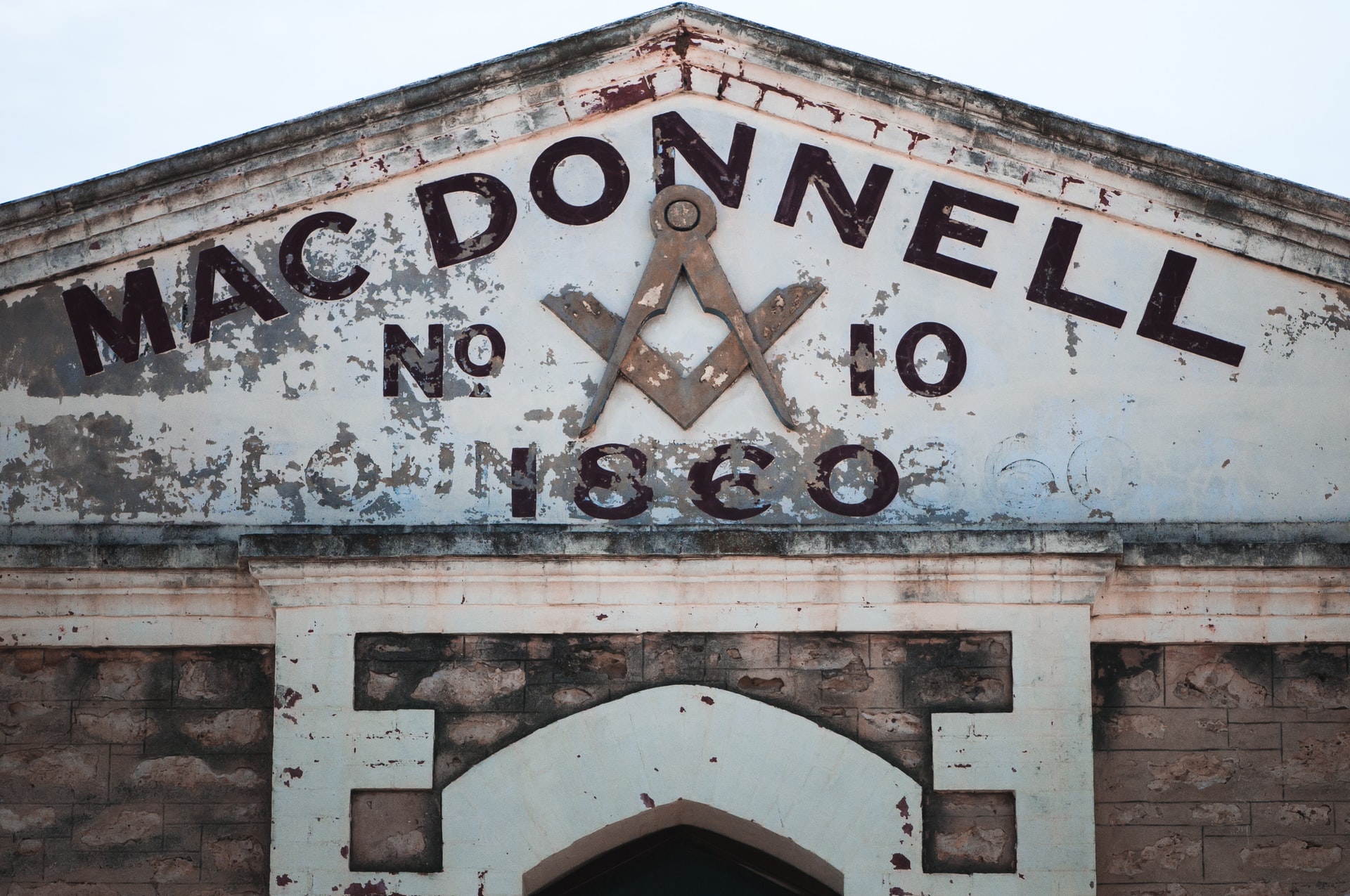 Did you ever closely examine the reverse side of the dollar bill or discern the architectural layout of our nation’s national capital, Washington, DC? It is no secret but not a widely advertised fact that these are but two artifacts of our culture that are derived from the influence of Stonemasonry in America.

Never heard of the Masons? No surprise but many of our Founding Fathers were acknowledged Masons including nine signers of the Declaration of Independence, thirteen signatories of the Constitution and fifteen US presidents. Legend traces Masonry back to the building of the Egyptian Giza pyramids when slaves hauled great stones into place and to Biblical times when stone masons built Solomon’s Temple, a partially completed pyramid, symbolic of masonry architecture. Later legends trace the order’s origins to the master masons who worked on cathedrals and churches in medieval Europe. Traveling from one site to another, they identified themselves to local masons through coded signs.

Masonic records trace today’s Freemasonry to a London lodge founded in 1717 by men who used the traditions of the mason’s guild as a model for fraternal organization. They transformed the mason’s square and drawing compass into symbols of moral righteousness. In 1733 the Grand Lodge of Massachusetts was born near Boston.

Masonry was just another British import until the Revolution began to stir. Colonial masons including George Washington, Benjamin Franklin, Ethan Allen, Paul Revere and John Hancock were in the front ranks of the revolutionaries. Legend has it that Paul Revere was not arrested during his famous ride as he flashed secret masonic signs to the arresting British officers. Although some colonists feared the Masons as some satanic cult the reality was quite the opposite.

There were Masonic temples established throughout the colonies and though not completely Christian the Masons searched for a Higher Truth through a Supreme Being not known as God. Originally elitist in England and America, their ranks spread to the other social classes. Today it is estimated that there are about 5,000,000 Masons scattered throughout the world. On the reverse side of the dollar bill is a pyramid below the Eye. To the eighteenth century masons, the Eye symbolized a republican form of government above all others, The two Latin phrases annuit coeptis (Providence favors our undertakings) and novus ordo seclorum (A new order) reflect both the influence of a divine being and the establishment of the new US Republic, espoused by both masons and religionists.

The unfinished pyramid on the dollar symbolized the birth of the new US Republic. The Great Seal of the United States, adopted in 1782, was a Masonic amulet with the now sacred number thirteen. The obverse depicted the thirteen stars( Colonies), the thirteen letters of E pluribus unum, and the eagle, the highest stage of the Masonic soul. The arrow and olive branch in the eagles’ talons invoked a fighting faith, but one whose purpose was brotherhood. To establish these percepts, the masons led the effort to build the Capitol Building. The Master of the Masons oversaw the placement of the cornerstone of the Capitol .

In a dedication before the cornerstone was placed The Master wore an apron that had been created by the wife of the Marquis de Lafayette of France, himself a Mason. The Master turned out to be none other than George Washington. Later on the Washington Monument, perhaps the ultimate Masonic pyramid, was also erected by the Masons to honor their former Master. Many of our governmental buildings face east, as the Masons believed that The Higher Truth emanated from that direction.

The Masons used a good deal of geometry in their designs especially the triangle. If you were allowed to take an aerial tour of our nation’s capital city you would see a number of triangular patterns of construction When President Truman rebuilt the White House in 1948, he ordered the old Masonic stones to be shipped to all the Masonic lodges across to honor the foundation and formation of our government. In the army and Congress, Freemasons helped to design the symbols of the Republic.

The first American flag depicted the snake of secret wisdom hissing” Don’t Tread on Me” The second battle flag borrowed the Union Jack’s red, white and blue and added thirteen stars suggesting the blood and body(or bandages) of the army during the Revolutionary War.