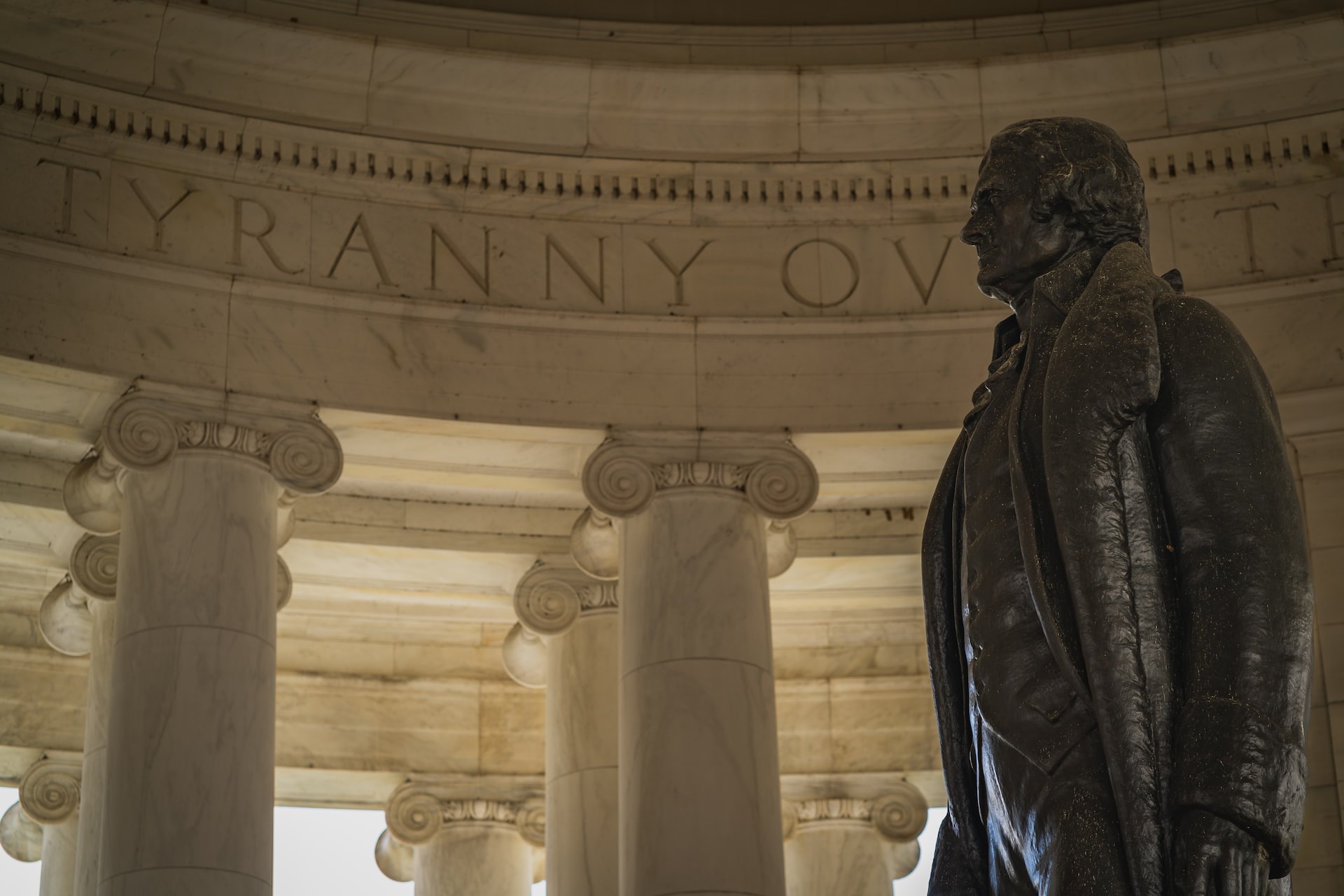 Talk about ingratitude. Students at the University of Virginia have become the latest young Americans to try to saw off the branch that they are sitting on. In this case, the legacy of Thomas Jefferson.

An article written by the editorial board of the university’s student newspaper says that Thomas Jefferson’s image and name should be removed from the university’s buildings. The editorial tries to draw a link between Jefferson, the Ku Klux Klan and the people who marched in Charlottesville in 2017.

Of course, plenty of people have pointed out that these students are committing an act of double patricide. They are not only waging war on the people who founded the country. They are waging war on the man who founded the university that they are sitting in. Who knows whether these students would have a university to go to if Jefferson never lived? Who knows whether they would have a country?

Unfortunately, many dismiss this as idiocy, pretending that they are mere student shenanigans. Students always say stupid things, goes the argument. Don’t pay attention to them—they’ll grow up. Other people claim that these are mere pockets of idiocy, and that although the Founding Fathers May be under assault, it does not signify anything wider.

Such complacent arguments are completely wrong. The outburst of statute-toppling in 2020 was not an isolated event. It was the eruption of a trend that is on-going. Just last Fall, NY City council members voted to remove the Jefferson statute from City Hall because he apparently no longer represented “our values”. Recently Jefferson’s name was dropped by an elementary school in South Orange, NJ—at the behest of grade schooler’s who persuaded the local school board to drop Jefferson’s name based on one and only one parameter-that Jefferson once owned slaves! Like the college students the only thing taught to elementary students about our Renaissance- Man -of -a President was that he was a slave owner.

There was a time when young Americans knew that Jefferson drafted the Declaration of Independence, was the third President and one of the Founding Fathers as well as a scientist and inventor. Today he is largely portrayed as a racist as well as a rapist supposedly bearing children with his former slave, Sally Hemings.

There was a time when the adults would have educated the students to know that if Jefferson had pushed for abolition of slavery, then the United States would never have been founded, it’s creation based on a number of compromises including one about slavery.

Naturally, it is very easy for today’s students to imagine that they would have done things differently. They would have been magically anti-slavery and held the so-called progressive views they hold today. It is a silly historical fallacy. If these students lived in Jeffersonian times, then most of them would have held views that would be far more embarrassing than anything Jefferson ever said or did. But worse than this repeated defamation of Jefferson is the destruction this simple-minded attitude caused in this country. It is a destruction that we have been warned about before.

In his farewell address to the nation in 1989, President Ronald Reagan was right on the money when he said to the adult nation that the failure to tell the American story would be a great crime against the young. He also told the young that if the parents did not tell the story” let’em know and  nail’em on it.” Reagan concluded that if we didn’t know what we did we would forget who we are This would lead to an erosion of the American spirit.

This is where we are, at a crossroad. This erosion is real and spreading It can not be ignored and it must be stopped!